Masonville Cove is 70 acres of water and 54 acres of cleaned-up wetlands, nature trails, and a protected bird sanctuary, all soon-to-be protected by a conservation easement and part of the Shores of Baltimore Land Trust.

Masonville is open to the public for birdwatching, walking the trails, and visiting the main office's nature center. It is also home to Captain Trashwheel, a solar powered water wheel that lifts debris from the water and coveys it into a dumpster. 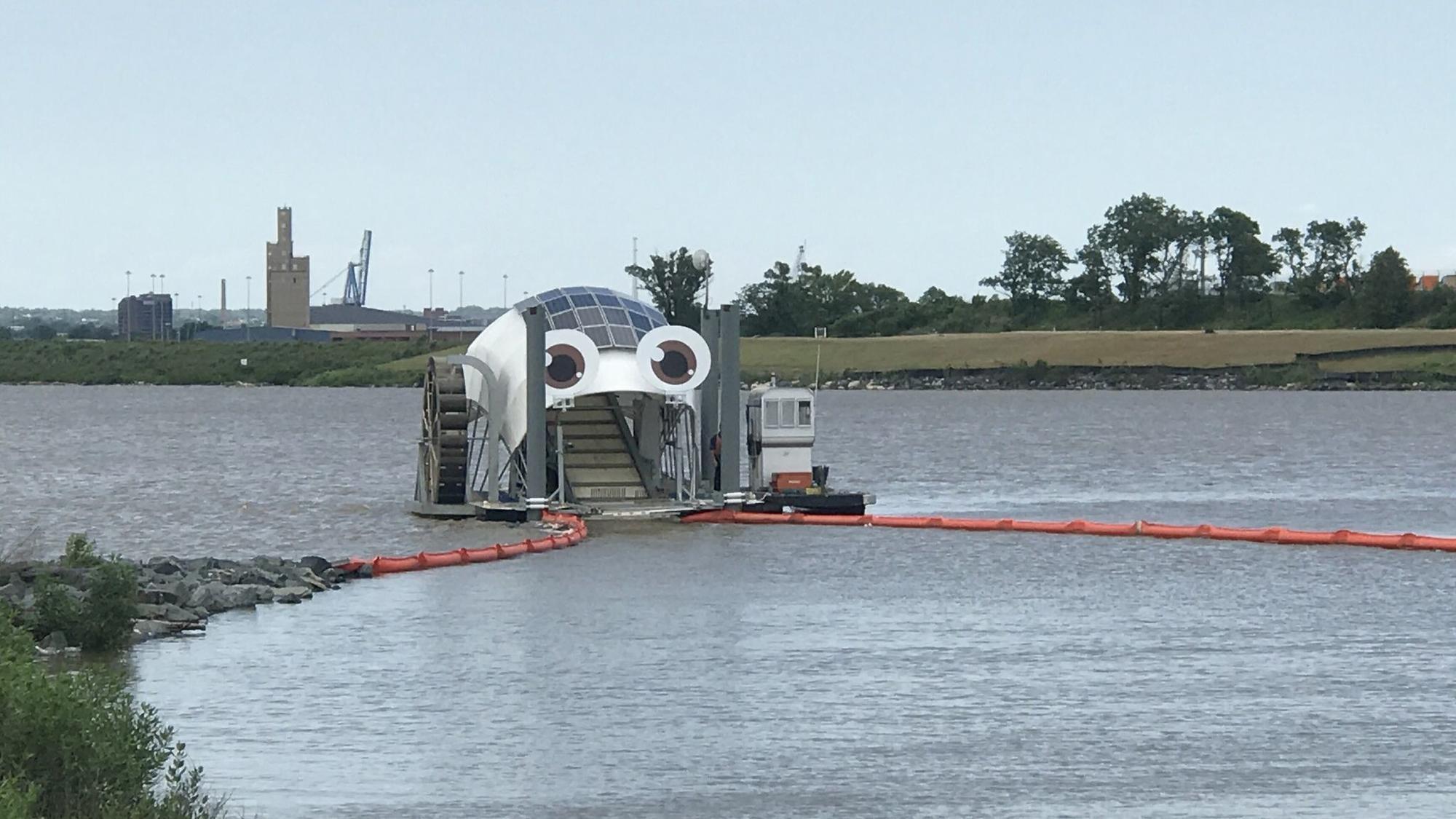 Masonville Cove hosts a variety of Saturday programs for a range of ages that encourage exploring the Masonville campus throughout the seasons.

Native Tribes and the Rise of Baltimore

Soon after, the Patapsco area quickly became a highway for goods, with the shallow Chesapeake Bay providing fine sailing for vessels from the coast. Flour mills sprouted up on the Patapsco, creating a commodity which helped drive the growth of Baltimore. By the time of the Civil War, the Port of Baltimore was the 6th largest in the world, only being beat on the east coast by New York and Philadelphia.

Masonville is located at the southern weastern side of Baltimore. At the end of the 1800’s Masonville was a village with a few homes and several businesses to serve the local community. One of the villagers, Mr. Mason, operated a small bread and cracker making business to serve the local community. By and large Masonville was over-looked in terms of industry, in favor of the neighboring communities of Brooklyn and Curtis Bay.

Masonville began to grw in popularity with the expansion of the Baltimore and Ohio railroad into that part of the town, bringing rail workers there for lunch. This also lead to an expansion of businesses that catered specifically to rail workers and caused the population to boom in and around Masonville.

As the economy in Masonville boomed, land around the railroad became valuable, causing locals to move away by the 1950s. Masonville was now an industrial area.

How Masonville Became What it is Today

Although Masonville was deserted as a community, being overlooked by Baltimore and the surrounding communities gave nature a chance to revive. While no longer home to people, Masonville is now home to many species of birds, fish, and native plants. With over-development all along the Atlantic seaboard, there are precious few spots for migrating birds to stop along their migration path. Local environmentalists have been advocating for years to preserve Masonville for its natural beauty and importance in the regional ecosystem.

In 2003, the Baltimore Harbor team proposed a study of the Masonville site for dredged materials. In 2004, there came an opportunity for environmental revitalization when the Army Corp of Engineers and the Maryland Port Administration offered to restore and preserve the natural beauty of Masonville Cove and construct an environmental education center as part of a harbor dredging project. Public hearings on a drafted Environmental Impact Statement took place in 2005 and 2006. Details on the Masonville Dredge Material Containment Facility can be found on the Maryland Port Administration’s website, or by attending the Masonville Citizens Advisory Committee, which provides oversight on the project and is open to the public.

Since 2007, restoration of Masonville Cove has been underway, including removing derelict vessels from the water and removing over 14,000 tons of wood and assorted debris. The wood was used as fuel for electricity generation in Pennsylvania and recovered metal debris was recycled. The concrete debris was stockpiled to build artificial reefs to provide a home and shelter for fish, crabs and oyster beds.

Cleanup continues to this day thanks to volunteers. From rural village to industrial boom and bust, Masonville now makes the transition to a responsible mixture of industrial, ecological and community.

Masonville Cove is a non-profit site that is managed by partners such as Living Classrooms, Maryland Port Administration, US Fish and Wildlife, and the National Aquarium.